Meanwhile, at the Legion of Dumb

Note: Much of this stems from debate surrounding a Confederate Flag issue at Beauvoir; the postwar home of Jefferson Davis.

In response to Al Mackey, Connie Chastain tells us why the Confederate Battle Flag (CBF) is connected to President Jefferson Davis.

As the Commander in Chief of the soldiers and sailors of the Confederacy, the battle flag was as much his as it was theirs.

I must say this is a new development from Connie Chastain. I was always under the impression that the CBF is the “soldiers flag.” A flag with a strong line of demarcation between it and the 1st, 2nd or 3rd, National Flag. You know, because the national flag is a legitimate representation of a pseudo-government that seceded and fought to protect slavery. Whereas the CBF can be passed off as only the soldier’s flag, therefore not racist. At least, that’s what Susan Hathaway lead me to believe.

Further, the statements made before, during and since the raising of the Chester I-95 Memorial Flag by the Virginia Flaggers made our intent and purpose perfectly clear — to pay homage to those brave Confederate veterans, who fought and died to protect Virginia’s citizens and soil.

No….no mention of Jefferson Davis. I think it is a ridiculous stretch to say that the CBF is as much Davis’s flag as it is the soldiers’ flag. I don’t recall stories of Davis leading troops into battle during the Civil War. Her comparison, if applied to today, would be like saying that this flag is as much President Obama’s as it is the United States Navy’s. I’m actually surprised at the lack of Southern Heritage folks objecting to Connie’s claim.  If a Connie dubbed “Flogger” uttered such a comment, it would certainly earn contempt from the Heritage crowd. What can one expect though? Objectivity? Yea right! Personally I like Connie’s description. It shines a light on the CBF that people often forget. The flag is connected to and representative of a Government that seceded and waged war to protect the peculiar institution. Thank you Connie Chastain for demonstrating that direct connection between soldier and President. Now can we please strop pretending the CBF is not racist? 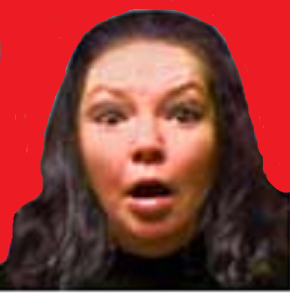